SPOILER: there’s no such thing as a best Thailand liveaboard!

Which will be the best option for you depends on a number of things such as your diving experience, how much time you have and your budget.

Thai liveaboards vary a lot in terms of price, size, cabins and onboard amenities. Some are small and cheap whereas others are huge and luxurious.

In this article we present the 12 best Thai liveaboards available in 2022.

The Cheapest Thai Liveaboard is presented first and the rest are listed in order of ascending price: This is by far the most frequently taken route by Thai liveaboards and it’s also the best diving in Thailand in terms of marine biodiversity. North routes venture to the Similan and Surin islands, two archipelagos in Thailand’s north Andaman Sea that have are afforded special protection by their National Park status.

On the islands themselves lie evergreen forests, white beaches and mighty boulder formations, whereas below water you’ll discover the country’s most pristine hard coral, with many stunning reef gardens, walls and swim throughs that are home to a colourful myriad of fish, crustaceans and mollusks.

A little further north of the Surin islands lies Richelieu Rock, which is included in most north route itineraries. Richelieu Rock is widely considered to be among the top ten dive sites in the world and as one of the most likely places in southeast asia for spotting a whale shark (between Jan – Feb).

Don’t think that just because most Thai liveaboards take the north route it’s going to be the most crowded! Admittedly, you will probably see some other liveaboards operating in the area, but that’s all you’ll see as there are no dive resorts. These regions can only be dived via liveabaord, making them more off the beaten track than other Thai dive destinations.

If your number one priority is discovering the absolute best marine biodiversity that Thailand has to offer, whilst escaping the crowds, I strongly recommend a North Route.

The North Route can be dived between October and May.

Although less liveabaords venture to these islands, there are dive resorts and accommodation around here, so the waters can actually get more crowded than North Route voyages.

However, the South Route is probably the most scenic above water, especially when passing through the Koh Phi Phi islands, which with their towering limestone cliffs and assorted coves and bays have been voted the most beautiful island group in the world.

Koh Phi Phi is also home to the famous King Cruiser wreck, an ex-cary ferry that now lies 32 meters deep and is perhaps the most popular wreck dive in southern Thailand. The South Route can be dived all year.

Thai liveaboards all explore the Andaman Sea, which is located off the country’s western coast.

There’s a distinct diving season here (Oct – May), outside of which the North Route destinations: the Similan and Surin Islands are closed to all vessels. As for the Southern Route islands, these can be dived all year round, but they’re still subject to the changing conditions of the season.

It’s important to get diving insurance before your trip! This is to cover any medical expenses, loss of equipment and flight / accommodation expenses following injury.

Don’t leave this until the last minute! You actually need to have your scuba diving insurance sorted properly before leaving your home country, in order to get full coverage.

Find out more by heading to our Dive Insurance Reviews Page.

Fifty two miles north west of Phuket, lies the fabled Koh Similan Marine National park – an archipelago of eleven granite boulder islands arranged in a South to North access. In order from South to North, they are:

Koh Huyong (Island 1, at the southernmost tip of the mini Archipelago)

Above the vibrant blue water, the views are breathtaking. Lush neon green rainforests adorn the islands, the dense vegetation jostling for space to reach the fiery orange sun beating down upon it.

Swooping and swinging, skittering and scuttling, crawling and flying through this noisy tumble of jungle are crab eating monkeys, dusk langurs, squirrels, lizards, bats and a colourful assortment of tropical birds.

Around the edges of the island, the vibrant jungle reluctantly fizzles out to give way to immense boulders littering the fine sand beaches that are almost as white as snow.

But it is what lies beneath the crystal clear waters surrounding these islands, that has given the Similans their formidable reputation as one of the top scuba diving destinations in the entire world.

Meanwhile, along the western dive sites are mighty granite boulders which descend all the way down to 40 meters, featuring swim throughs, caves and tunnels for the boldest and most intrepid of divers.

Mighty whale sharks and graceful manta rays frequently visit these waters between february and april, hoovering up the living clouds of plankton that accumulate here around this time.

Massive barracuda, jackfish, batfish and snapper shoot after the smaller reef fish, whilst camouflaged scorpionfish, stonefish and octopus blend in seamlessly with their environment.

Alien like cuttlefish scoot to and fro’, as lethal lionfish drift ominously drift through the water and nosy moray eels poke their head from hiding places.

Peek carefully, among the coral and crevices, the reefs and rocks, the cracks and gaps, and delicate seahorses, dainty pipefish, skittish shrimp, surreal nudibranch and all manner of other weird and wonderful micro critters await your discovery.

It is impossible to do any real level of justice for the true beauty that awaits divers in the Similan through words or even pictures. To fully realize the splendor that awaits you there, you will simply have to go.

100 KM further north of the Similans, is the even less frequented, but no less spectacular Surin Islands.

The 2 main main islands forming the bulk of this 320 KM mini archipelago are:

…In addition to 3 smaller, satellite islands that enhance the overground visas and provide additional fringing reef:

This National Park status also extends to Richelieu Rock, a huge seamount in the middle of the sea 10 km southwest of Koh Surin, which is renowned as one of the top ten greatest dive locations in the world, as well as one of the most likely places to see a Whale Shark.

Because the Surin Islands are visited even less frequently than the Similan Islands, divers will enjoy having these crystal clear waters all to themselves.

It is like stepping back in time, to an era where life beneath the waves was still unaffected by the hand of man. The coral reef here is in spectacular condition and home to a wide assortment of reef fish and other marine life.

Whale sharks and manta rays can be seen around the Surin Islands, as well as turtles and sometimes even bryde’s whales.

Dive conditions range from beginner to advanced, with everything from shallow to deep diving, calm waters to drift current dives and cave to open water diving being available.

Phi Phi Islands: 45 KM East of Phuket, in the Krabi Province, is the stunning 6 island archipelago of Koh Phi Phi. They have been voted the most beautiful island group in the world.

The two largest islands, Koh Phi Phi Don and Koh phi phi Leh, make up the bulk of landmass, with the former being an ancient settlement that is a melting pot of Thai, Chinese, Moken – and now backpackers!

Towering limestone cliffs climb into the sky from these two islands, where the dense canopy of jungle atop them stretches further towards the heavens still.  Beaches, coves and bays are scattered across them, to make for a diverse assortment of dramatic landscape.

The four smallest islands, Koh Mai Phai, Ko Yung,  Bida nok and Bida Nai are little more than limestone rocks jutting from the sea although the diving to be had around them is just as stunning.

There are many incredible dive sites around the Phi Phi Island group, consisting largely of incredible coral and gorgonian fan adorned wall dives, where the limestone drops to a depth between 10m – 25m, and feature various caves and swim throughs for thrill seekers.

That said, most local dives around here are suitable for beginner level divers, whereas some of the further flung dives featuring currents and deeper waters, better suited for experienced dives in search of action.

Keep an eye out for leopard sharks cruising along the bottom and blacktip sharks patrolling over the reefs.

King Cruiser –  Once an ex-car ferry that travelled between Phi Phi and Phuket, in 1997 the “King Cruiser” cruised straight into an anemone reef and sank a short distance away. Happily, nobody died and divers were left with an awesome wreck!

Now mostly broken up, the King Cruiser is coated with beautiful soft corals and is inhabited by large schools of Barracuda and Snapper, as well as Groupers, Eels and Crabs.

With strong currents and reaching down to 32m deep, this is a great dive site for advanced divers or those looking to rack up the experience as part of their PADI Advanced Open Water Course.

With stunning views both from outside and the cavernous inside, the King Cruiser is regarded as the best wreck dive around Phuket.

Shark Point – Named after the large numbers of peaceful leopard sharks that are regularly seen here, Shark Point is a series of 7 pinnacles running north to south, that lie halfway between Phuket and Phi Phi.

Covered in red, pink and purple soft corals, large sea fans and all colours of sea anemones, they are home to a variety of reef fishes as well as seahorses, barracuda and occasionally other shark species such as black tips. It is a favourite drift dive for experienced divers!

Koh Doc Mai – Also known as “Flower Island” this is a small piece of jungle topped sheer rock located between shark point and Phuket. Although tiny, it regularly provides divers with huge memories due to the incredible wall diving and macro species encountered here.

Those who regularly dive this favourite site report encountering something different every time, from seahorses, frogfish, nudibranchs and ornate ghost pipefish and even to tiny, cute bamboo sharks.

For the intrepid there are also some thrill seeking opportunities here including a spacious cavern and an air pocket in one of the caves to make for a mind blowing surfacing experience at 13m.

5 Incredible animals to look out for: Nice work! You have made it to the end of this whale shark of an article telling you everything you need to know about the very best Thai liveaboards.

We constantly review and update our articles so you can rest assured that what you’ve read today reflects the very latest information on Thai liveaboards.

We truly hope you’ve found this article useful and don’t forget, if you have any questions shoot an email over to ajhatton55@gmail.com and we’ll assign a dolphin member of our team to you in no time at all.

Some of the links in our content are affiliate links. This means that if you buy a product, book a liveaboard, book accommodation or purchase insurance, we earn a small commission at no extra cost to you. Thanks! 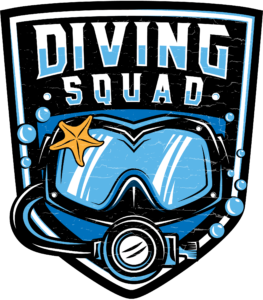